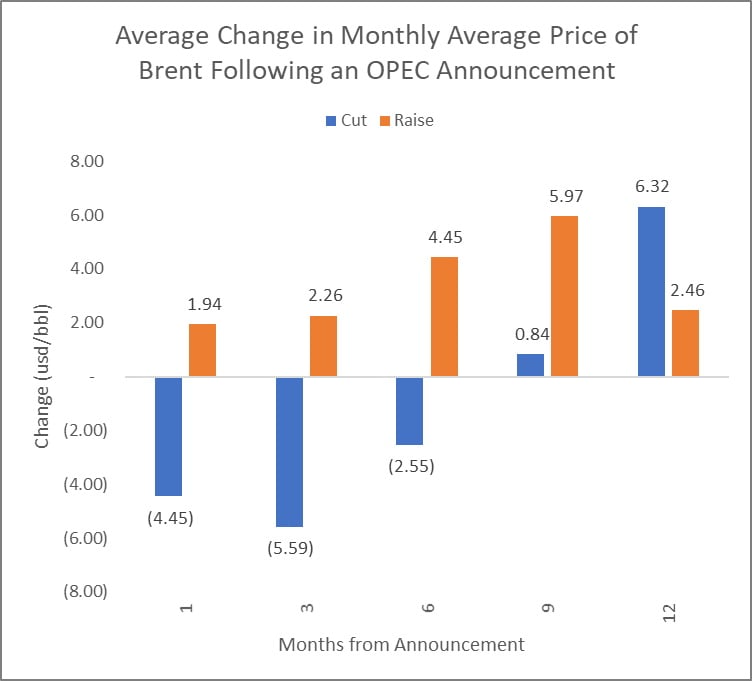 It appears to take, on average, 9-12 months for oil prices to rise after an announcement that the Cartel intends to cut production. At that length, though, it’s hard to conclude that the change in price was directly tied to OPEC’s decision.

A deeper analysis would consider OPEC’s operations leading up to the cut and compliance with its targets, as well as the broader fundamentals surrounding each case, but this first look at prices suggests that OPEC’s cuts fail to meet their stated goal of supporting prices in the months following an announcement.