With the expiration of the March heating oil contract last week, heating oil futures and options are now extinct and have been replaced by ULSD futures and options.  Most of the contract specifications remain the same except that ULSD futures must meet the "Delivery specifications of Colonial Pipeline's Fungible Grade 62 Ultra Low Sulfur Diesel, and being properly designated for sale in New York Harbor in accordance with U.S. Environmental Protection Agency (EPA) regulations."  In practice, this means that the futures are now based on 15 PPM (sulfur content) ULSD rather than 2,000 PPM heating oil. 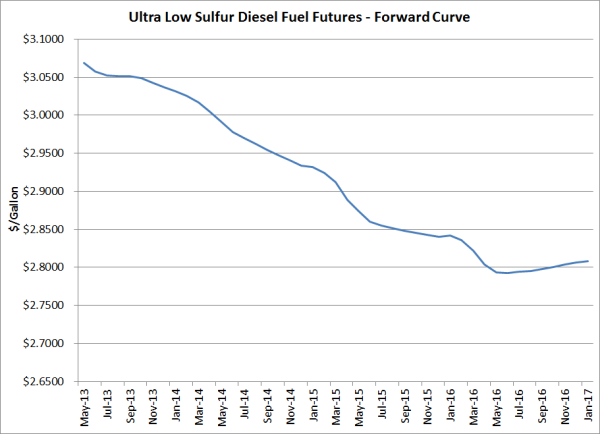 Why the transition?  In essence, the change was necessary to reflect the changes occurring in the physical market, as a result of federal (EPA) and state regulations which require lower sulfur content in distillate fuels.

As an aside, for those of you interested in the history of commodity markets, heating oil futures were the first, successful energy futures contract to be traded anywhere in the world, having made their debut on the NYMEX in 1978.